Skip to content
FLON: So, you have a new EP coming out on vinyl that’s all inspired by Phillip K. Dick stories. What about his work inspires you and how did you decide to represent it musically?

BLAKE: Well it’s actually crossed the 50-minute threshold in its current form, so I guess we’re out of EP territory. And I’m not entirely sure about the format yet, other than digital. Bouncing between tape and lathe cut. Physical media is a nuisance anymore, anyway, so it might as well either fit snugly in your pocket, or deteriorate with each play, am I right?

But yeah, the album’s called Kindred, which is the ‘K’ in Philip K. Dick. He’s an artist who just kind of seeped into my brain at the right time in life and stayed there ever since. I’ve always been fascinated with synthesis and imitation, which are themes that pop up a lot in his work. And things I like to explore in my own. For example, there are two companion pieces on the album called “Skin Procession” and “Replicant Procession“. Skin is a work for sixteen violins, while Replicant is essentially the exact same piece played by sixteen manipulated digital loopers that are looping segments of live violin. It’s basically a side-by-side comparison between a real and synthetic orchestra, so to speak. And there’s “The Ersatz“, which is a piece in which guitars are used to imitate samples of birds and insects in real-time…no need to elaborate on the connection there. 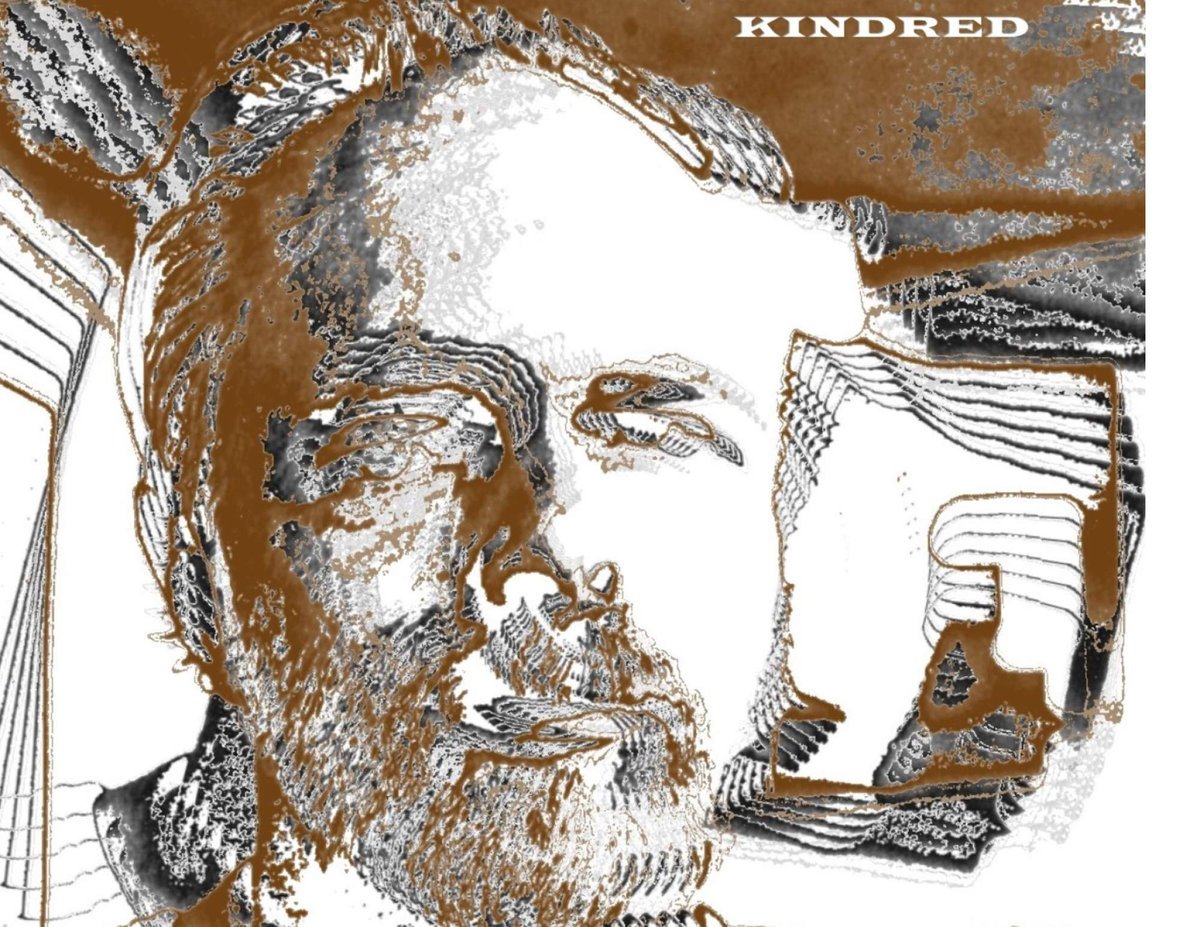 “Hobart Phase‘s” construction and relationship to its namesake is a longer and less interesting story, so you’ll just have to take my word for it. Suffice it to say that it’s an homage to the novel Counter-Clock World, which is a really strange book that everyone should experience. (Disclaimer: I’m not saying it’s his best.)

FLON: It seems to me a lot of your pieces are conceptual, but seem to involve a lot of improvisation. How do you reconcile these two qualities and how do you direct musicians toward your intended result?

BLAKE: Well I don’t necessarily see the two things as at-odds. Improvisation can mean a lot of things. I think it’s all too often synonymous with jamming, which is something I generally have zero interest in. I love rules and direction. I fucking crave them in performance. Pieces I write actually give the musicians very specific tasks to perform, but will simultaneously grant them a massive degree of autonomy in how to achieve those tasks. “The Ersatz”, again, is a perfect example of this. The performer is asked to mimic fixed sounds, pre-recorded sounds. Not to use those sounds as inspiration for riffs or to develop them into sick jams or anything, but to just imitate them as they happen. To be purely reactive. Which is kind of a rigid, robotic idea. But the musicians are given this assignment with the proviso that there is no wrong way to do it, which is where the improvisation lies.

A similar concept can be found in “Skin Procession”, in which the violinists are playing along to a graphic score. The score demands at very specific moments that the performer change from one pitch to another, say from a lower pitch to a higher one, for example. Even though the moment and direction of the change are very much prescribed, the performer has complete freedom to decide what the pitches actually are, independent of the rest of the group. That way, even though the overall shape of the piece is more or less written in stone, the harmonies that fill that shape are very much improvised, and can change with each performance. I like that notion quite a bit. It gives the performing ensemble ownership over not just the quality of performance, but the actual content itself. All while allowing me to retain my bullshit ego.

FLON: I’ve noticed that a lot of your releases late last year and early this year are based on or influenced by the theme of comedy, or, at least, jokes, though Punchlines And Formalisms for piano is very different from “Safe Space“. How did you come to explore comedy as a theme, and can you talk about the construction of those two pieces.

BLAKE: Yeah, good question. The short answer is that I’m just kind of a jokester and absurdist, so I like to dump all of that into my work. The long answer is that comedy, or at least the promise of comedy is one of my favorite forms of misdirection in music. I first got a taste for it when I was teenager in Las Vegas. My friend and I would go to the strip to do street performances. We’d bring a shit ton of gear with us: drum equipment, amps, guitars, and we’d spend a really long time setting it all up while the passers-by would stop and wait in anticipation of a music performance. Then once we were all set up, we’d start reading poetry, or practice beatboxing, or tapdancing. Anything as long as it didn’t actually entail using any of the gear we brought and made people watch us set up. The people on the street would get all pissed and walk away. We thought it was hilarious. 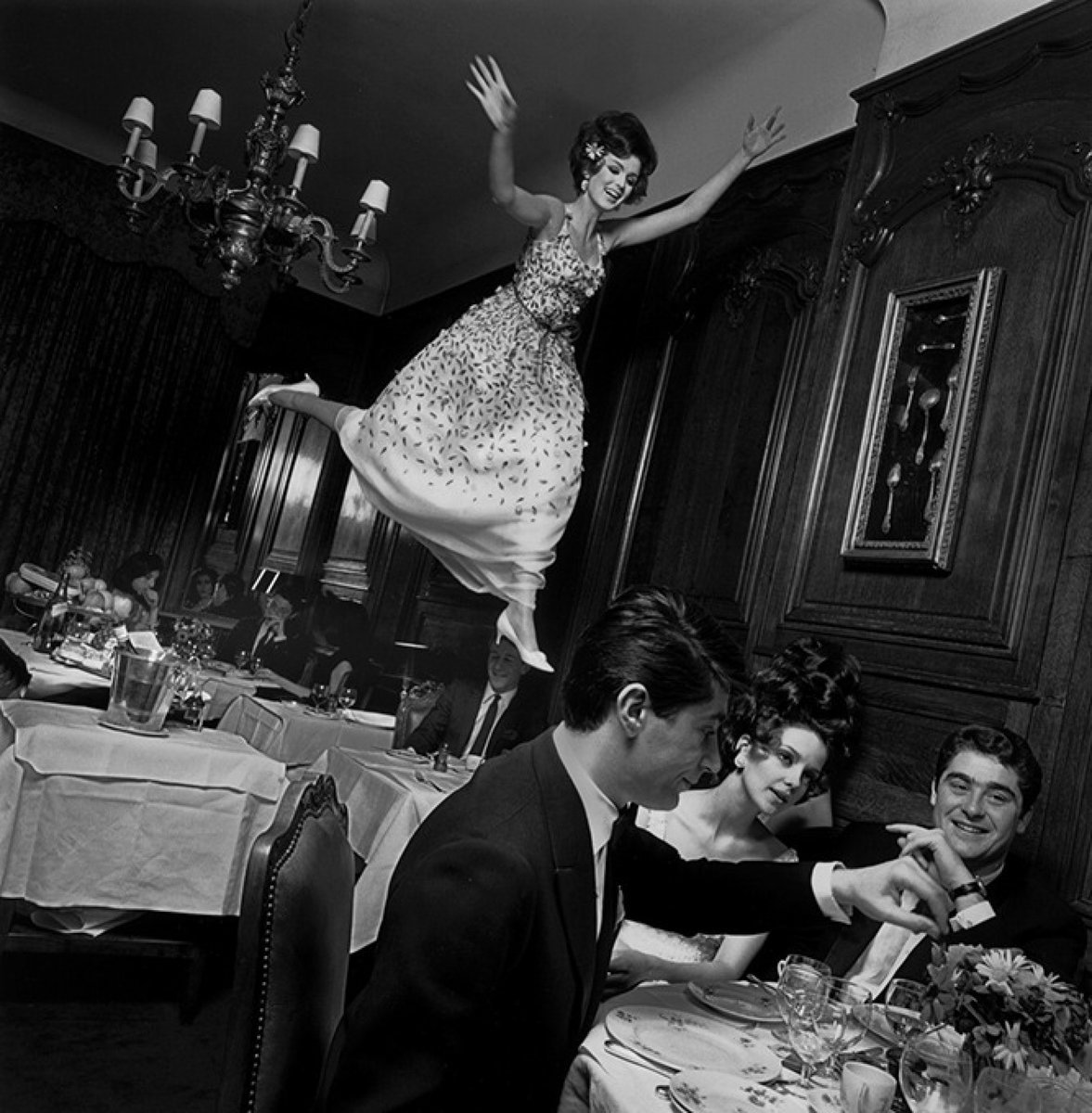 I kind of still do that, to a certain degree. “Safe Space” is a good example. It entails turning on a looper, leaving it on, and just telling jokes into it as if nothing weird is going on. After a while, jokes I’ve already told start playing back, and then more jokes start playing back on top of them, and more and more until it’s just a noise wall constructed out of snippets of my voice. As the looped layers of jokes start to accumulate, I just pretend like I don’t notice and keep telling more jokes to feed into the looper. I always introduce the piece as if I’m doing a stand-up comedy set. Sometimes I’ll tell the audience I’m a nervous performer and I need to tell a few jokes to break the ice, or sometimes I’ll just flat-out say I’m doing a stand-up routine instead of my regular set. Even though I think the concept is funny, and I always try to find the best so-dumb-they’re-funny jokes to use in the set, the end result – the sonic result – of all those loops playing at once is the real point. It’s actually one of my harsher pieces, noise-wise, despite being packaged as a stand-up routine.

Punchlines and Formalisms for piano just through its title uses the idea of comedy as misdirection. There’s very little, if anything, in the album that’s outright supposed to be funny. Lighthearted maybe. I mean, it’s mostly solo atonal piano pieces. That’s kind of the joke in and of itself, the idea that stodgy serialist piano miniatures can have punchlines.

FLON: So, speaking of “Safe Space”, you collaborated with Uneasy Chairs on that, right? Also, I talked a little with Arvo in my last interview about the Seattle version of Blood Rhythms, and you also perform with others under the name FHTAGN. How does collaboration feed back into your own work?

BLAKE: The recording of “Safe Space” that I have up on bandcamp is with Patrick, yeah. I’ve performed it a few times, with various folks riffing in the background. A couple of times with Nital Etch. (There’s a really weird recording of one of the Nital Etch collabs here.) In general it’s just meant to be performed by the “comedian” and any backing solo instrument. When I played it with Patrick, it was as The Colour out of Space, an improv duo we sometimes play as. I didn’t tell Patrick what I was going to be doing, I just asked him if he’d give me like five minutes by myself in the beginning, and then to jump in and go to town. It wasn’t very out of character for us.

Patrick is a good example of collaboration feeding back into my own work. Whenever I conceptualize a piece for guitars nowadays, or for an ensemble that could have guitars in it, in my mind, when I’m trying to imagine what the piece will sound like, everyone just sounds like Patrick, since I’ve played with him so much. So then I write music that is conducive to that kind of playing. And the same with, say, Adam Levitt or Justin Lazar on sax. Whenever I conjure up saxophone parts in my head, everything just sounds like those guys. Or with Nital Etch and cello parts. It all just kinda becomes symbiotic, the music that I imagine and the community that performs it.And yeah, it’s been fun helping Arvo get Blood Rhythm off the ground in Seattle. I like working with the feller. He’s kind of my philosophical doppelganger in a lot of ways. The BR set we did at 1412 was really cathartic. As we were droning it out it struck me how goddamn cool it is that even though Blood Rhythms and FHTAGN seem almost methodologically and logistically identical, they can be so wildly different on an aesthetic level. I dig that about the kind of experimental music we do.

FLON: So what’s on the horizon recording and performance-wise for you and any of the projects you’re involved in?

BLAKE: Well, I’m inching toward getting a full performance of Replicant Procession pulled off. In its entirety, it calls for nineteen people to play it. I’m doing an ultra scaled-down version of it at Composer Salon at the Chapel on March 1st, with four people. Then a kind of a larger version, with maybe eight-or-so performers, again at the Chapel on March 28th. Hopefully a full version will follow.

Otherwise, I’ve got an inkling of an idea for an experimental opera of sorts that I’d like to fuck with. It’s still in its infant stages, conceptually, but it’s pretty out there.

FLON: Cool. So is it an opera in the sense that it has a storyline? Are you reinterpreting a classic theme or something new? Will it have an accompanying libretto of some sort?

BLAKE: I actually don’t really know what to call it. It’s going to be mostly vox-based. Sometimes with a whole room of people singing, and sometimes just one voice. Probably going to be a lot of weird strings too, knowing myself. The lyrics so far are made up entirely out of old nordic incantations. But, like, minor ones. Like something you’d say to cure yourself of a bug bite, haha.

FLON: Haha great. I look forward to seeing “Replicant” live soon, and the opera when it’s done! Thanks for the chat, man. See you soon.